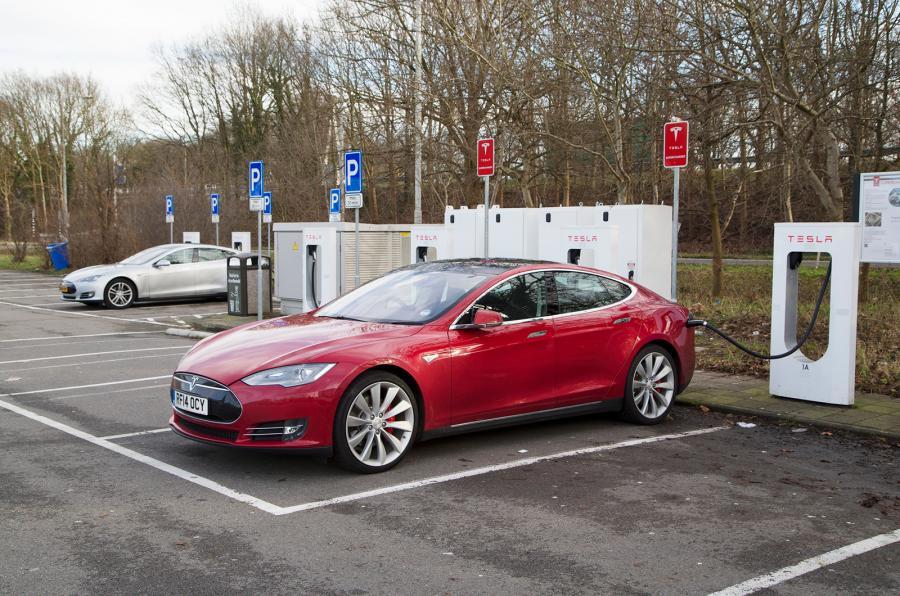 EV maker Tesla — which recently became the world’s most valuable car company — has hit another milestone after installing its 2,000th rapid-charging “Supercharger” site worldwide, and it’s network of 18,000th Superchargers.

The news comes in the week after the company installed its 500th Supercharger in the UK and Ireland. The 150kW system, which is currently exclusive to Tesla drivers, can charge a Tesla’s battery to 80% in around 40 minutes. A new “V3 Supercharger” promises 250kW charging and battery warm-up before arrival at a Supercharger site, which could cut charging times in half, the company says.

Tesla now operates its charging network in 41 countries, 29 of which are in Europe. It’s been six years since the UK’s first Supercharger was installed at London’s Royal Victoria docks, during which time Tesla has introduced the UK to the Model X SUV, the Model 3 saloon with the Model Y compact SUV expected next year.

The Model 3 was the bestselling car in the UK in both April and May, although new car registrations as a whole plummeted due to the coronavirus pandemic.

The Model Y, Tesla’s fourth mass-production car, has begun deliveries in the US and Canada but has not yet hit the roads of the UK. Tesla is buildig a new factory in Germany – Giga Factory Berlin. It is exoected to produce European and UK models of the 3 and Y some time end of next year.

Despite Tesla’s charging network being available exclusively to Tesla drivers, the network has won plaudits since its introduction — an Auto Express survey in April found that it was the best in the country in terms of charging costs, charging speed, ease of use and reliability. With a good number of Superchargers and “destination chargers” — available at hotels, restaurants and other venues — it is also proving convenient.

Unsurprisingly, the first superchargers sprung up in Los Angeles, Tesla’s physical and spiritual home, back in 2013. More were then added across the east and central US, before installations commenced across Scandinavia, central Europe and the UK in 2014 and 2015. There are now 520 supercharger sites across Europe, and Tesla says that over 1.4bn miles have been delivered to its European customers.

Of those 520 sites and 1.4bn miles, 63 sites and more than 170m miles were accounted for by the UK and Ireland. In 2019 alone Superchargers delivered 60 million miles worth of electricity to customers across the UK and Ireland, which Tesla says, in terms befitting its space-obsessed CEO, is enough to get to the International Space Station and back 100,000 times.

Tesla has been improving its coverage across the UK, recently adding more sites across London and Bristol. The country’s 500th Supercharger, installed last week, is located in Colchester, just off the A12. Tesla is now planning on rolling out further units of its V3 units.

The Tesla chargers make up only a small number of the total charging points available in the UK, however. According to the latest figures from Zap Map, there are now more than 18,600 charging points at 11,634 locations.