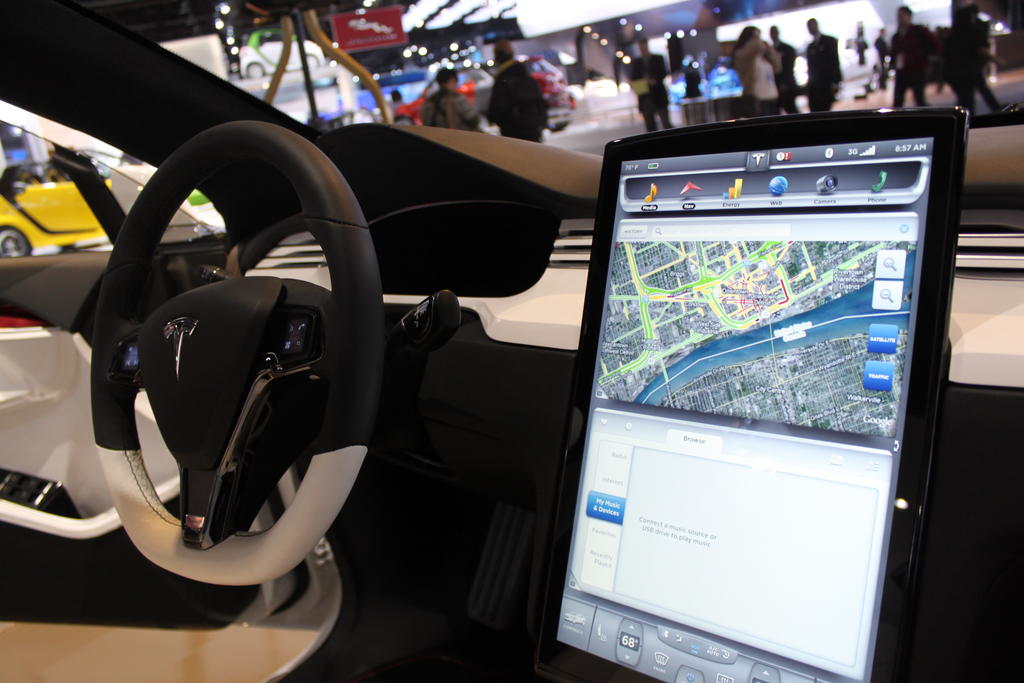 The Detroit Auto Show is not one of the greats but it is in the heart land of the established US auto industry. Tesla took the opportunity to show the old guard the future and displayed a concept interior for the Model X. Tesla themselves called this an ‘interior exploration’, but it gives us some ideas of what to expect in the production Model X scheduled for later this year.

The work has been done by Tesla Design Studio, and uses a mix of white and black leathers to bring contrast to the three rows of seats–the back rows, of course, accessed via the unusual Gull Wing rear doors for access to the second and third row of seats.

The black and white theme continues to the dashboard facia, dominated by the same huge iPad like touch screen display you’ll find in the Model S sedan–albeit mounted proud of the dashboard.

The exterior, also contrasting in black and white, is unchanged from the last time we saw the Model X.

Much of the Model X’s hardware is based on that in the Model S, with 60 kWh and 85 kWh battery options. Befitting its crossover body, the Model X will also offer electric all-wheel drive. Production is expected to begin in late 2013. 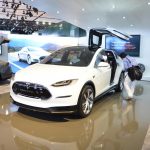 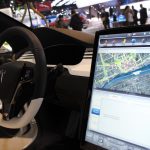 tesla-model-x at Detroit – Interior and TouchScreen

New Leaf on the horizon