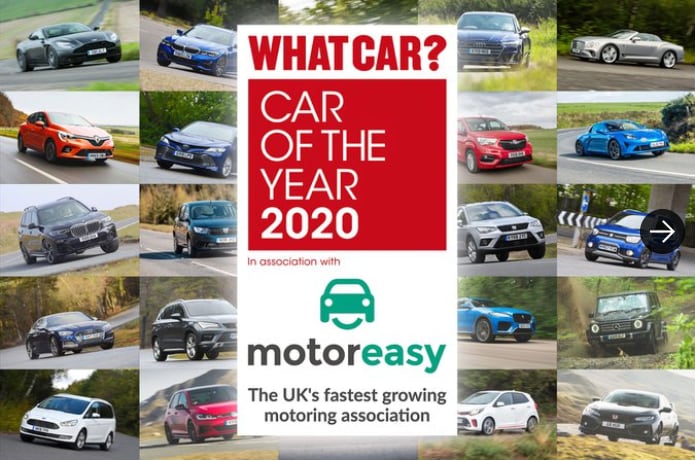 What Car? Announces the long list for its car of the year awards 2020

What Car? is a well regarded if not exciting British Journal covering the nitty grityy busines of buying owning cars and allways has rather factutal focus. Some would say a dull read.

However it is well regarded espicially for its long reviews and comparisoions culminating in Car of the Year. The 2020 long list has just been published.

Highlighting the growing demand for electric vehicles in the UK, the 2020 awards mark the introduction of small electric car and large electric car categories, where previously there was a single electric car award.

Among the contenders in the small electric car category is the Kia e-Niro, which was named overall Car of the Year at the 2019 ceremony. Meanwhile, electric cars being considered for the first time this year include the Audi E-tron, Mercedes-Benz EQC, Renault Zoe and Tesla Model 3.

What Car? editor Steve Huntingford said: “More so than ever, the models on our Car of the Year long list show the sheer variety of great cars UK motorists have to choose from. Indeed, this is one of the biggest long lists we’ve had in more than 40 years of doing these awards.

“Next year is set to be a big year for electric cars, so we felt it was only right to recognise a wider variety of electric vehicles for the increasing number of motorists who are looking to go green.

“Every model on our long list stands out in its own way, though; the judging panel will have a hard time whittling the choices down to pick the category winners and the overall Car of the Year 2020.”

The What Car? Car of the Year Awards 2020 will take place at the Grosvenor House Hotel, Mayfair on Tuesday 14 January 2020.

The full list of nominees in the Hybrid and EV categories are below.

Who would you vote for?