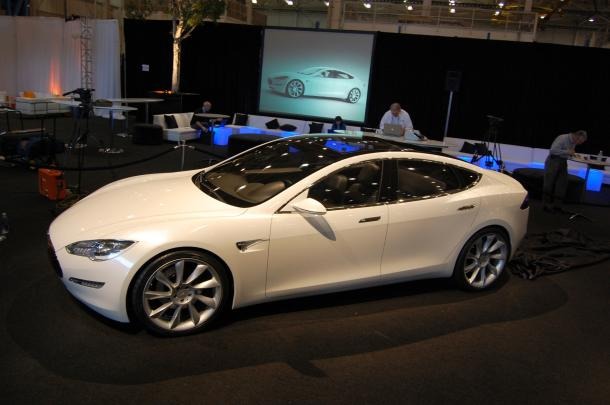 The US electric vehicle industry came in for some pretty sharp criticism during 2012, especially during the Presidential campaign when candidate Mitt Romney called thriving start-up Tesla “a loser” – lumping it in with some of the other failed investments that the Obama administration has made in advancing the industry. Interesting take – someone forgot to tell Mr. Romney that the company’s Model S hatchback (pictured below) sold out for this model year, with 5,000 cars made to order. So, what’s the reality? To be sure, there are nowhere near as many electric-powered cars being used in the United States as was hoped just one year ago – research from Mintel estimates shipments for this year at around 50,000 units. President Obama had hoped to have 1 million on the road by 2015, which looks like an incredibly unrealistic goal at this point.

2012 also began with a high-profiles series of recalls related to battery technology, leaving both Fisker and Chevrolet with a bit of a black eye.

Still, the outlook is relatively optimistic for the next 12 months, with probably 400,000 electric vehicles (which includes bicycles, by the way) expected to be on the road by the end of 2013.

Hey, as we reported previously,  Washington state feels there are enough electric vehicles on the road now in order to introduce a brand-new EV highway tax, you know mainstream adoption must be accelerating.

So what’s around the corner? Cleantech market research firm Pike Research has issued its set of predictions for the year ahead, implying that the “industry will be racing ahead in second gear.”

Here are some highlights:

#1: The e-bicycle market will explode. Pike predicts that North American sales will grow by 50 percent to about 158,000, as component costs decline and the number of brands offering models multiplies. The market for e-motorcycles will remain relatively custom, though.

#2: Higher capacity, 48-volt batteries will charge up the market for stop-start and micro-hybrid vehicles. Right now, the predominant technology is 12 volts, which has seriously limited the applications. This class of teeny vehicles, which is particularly popular in Europe, shuts down at red lights or during stop-and-go traffic, helping to reduce fuel emissions.

#3: Fuel cell vehicles will gain more prominence. This technology uses hydrogen and oxygen from the air to produce enough energy to run the car, but its commercial potential is still relatively limited. Pike predicts that about 3,500 units will be shipped from the likes of Toyota, Daimler, Hyundai and Honda – primarily to companies that manage public and private fleets.

#4: Germany will lead growth in Europe. If you think electric vehicle adoption has been slow in the United States, you’ll be surprised to hear that things across the Atlantic Ocean have been even slower. That will change next year, with the emergence of at least seven models optimized for the European market, according to the Pike Research predictions. The most dominant player (at least for the next 12 months) will be Volkswagen, which has six different models in the pipeline that have an electric twist. The company’s home market in Germany will emerge as the single biggest market on the continent, with about 14,000 vehicles by the end of 2013. One thing that could help charge up the European market will be the emergence of IBM technology that helps drivers travel regionally, without having to worry about whether or not there is a place to refuel their battery.

#5: A larger diversity of public charging infrastructure will be in place. There are several forces as work here. First off, we’ll finally see some activity around a new fast-charging standard, which should make for more installations. Most of the equipment currently in place takes woefully long to charge up a vehicle – an average of four to eight hours, which is fine if you’re parked somewhere for the whole day but not-so-fine if you are traveling outside of your immediate community. Another thing to watch will be deployments of wireless charging infrastructure that don’t require plugs at all. Sales should reach 283,000 units annually by 2020, according to a separate Pike Research report.

#6: Natural gas will cut into the electric truck market. The interest in manufacturing or purchasing natural gas trucks has grown along with the abundant supply of natural gas. Cost factors will help the market grow to more than 47,000 vehicles sold in 2013. One limiting factor will be the dearth of places to refuel them.

Reporting with assistance from ZdNet: