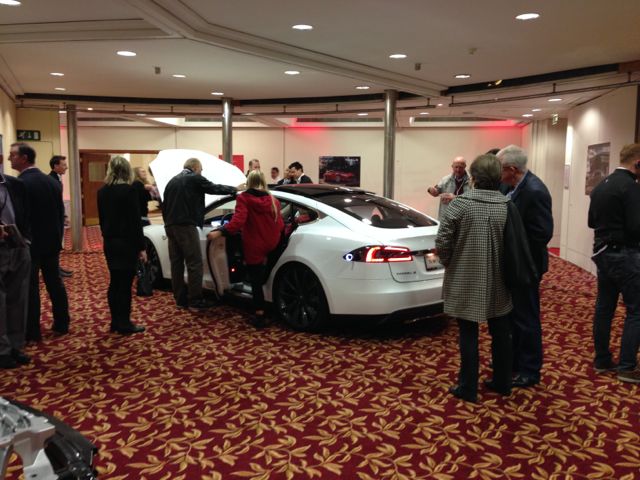 With sales growing rapidly in the US, ramping in Europe and just stating in Asia Tesla has growing pains.

Each car requires a great deal of battery capacity. With a Model X next year and a lower priced car on the horizon, Tesla needs lots on batteries.  Given a production target of half a million cars by 2020 Tesla will need more batteries that the world produces. That’s a fundamental problem. Easy solution build a giant battery plant and call it a Giga Factory.

Yesterday Tesla announced the first details on a blog post: The goal of the factory is to reduce cell costs much faster than the status quo and, by 2020, produce more lithium ion batteries annually than were produced worldwide in 2013. Tesla expects the Gigafactory to drive down the per kWh cost of our battery pack by more than 30 percent. That is critical in producing a lower cost Model E.