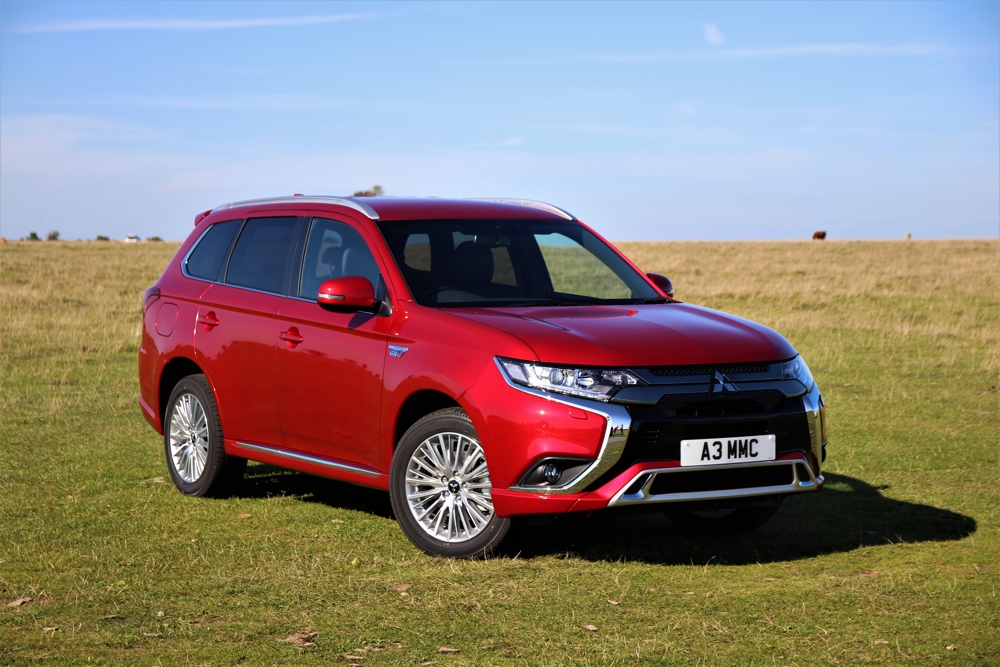 All new Mitsubishi Outlander PHEV models feature revised seating with electronic lumbar support as standard on all models and re-contoured rear seats for more comfort and support. The dashboard has also been revised to accommodate new climate controls and a larger infotainment systems.

With close to 50,000 registered in the UK since 2014, the Mitsubishi Outlander PHEV remains the UK’s most popular plug-in vehicle with a real-world EV range of 28 miles, emissions of 46g/km and an official fuel economy figure of 139.7 mpg (WLTP).

This are strong sales and some what surprising as the tax benefit of the Outlander has been clobbered by our Government and criticised by Mitsubishi as being incomprehensible.

For example The Outlander PHEV (at least those optioned to more than £40,000 before incentives) is taxed like the Range Rover SDV8, a vehicle which has five times higher CO2 emission.

From April 1, 2017 only BEVs (and other zero emission cars) keep the current tax relief at £0.

The plug-in hybrids (emissions: 1-50 g/km of CO2) are counted at £130 annual, but if their price exceeds £40,000 there is £310 annual supplement for five years from the second year of registration.

“The Mitsubishi had a VED rate of £10 in the first year of ownership, compared with the Range Rover’s £1200. However, for the ensuing five years, both vehicles will attract a £310 supplement on top of their VED rates because they cost more than £40,000.

A recent survey of Outlander PHEV customers reveals that half their average weekly mileage is driven in electric mode, with 68% charging at least once per day and 90% charging several times (2-3 times or more) per week. 83% would recommend an Outlander PHEV to family and friends and 25% say they are considering a pure electric vehicle for the next vehicle, making it a true gateway vehicle towards an all-EV future and an important step on the road to zero carbon.