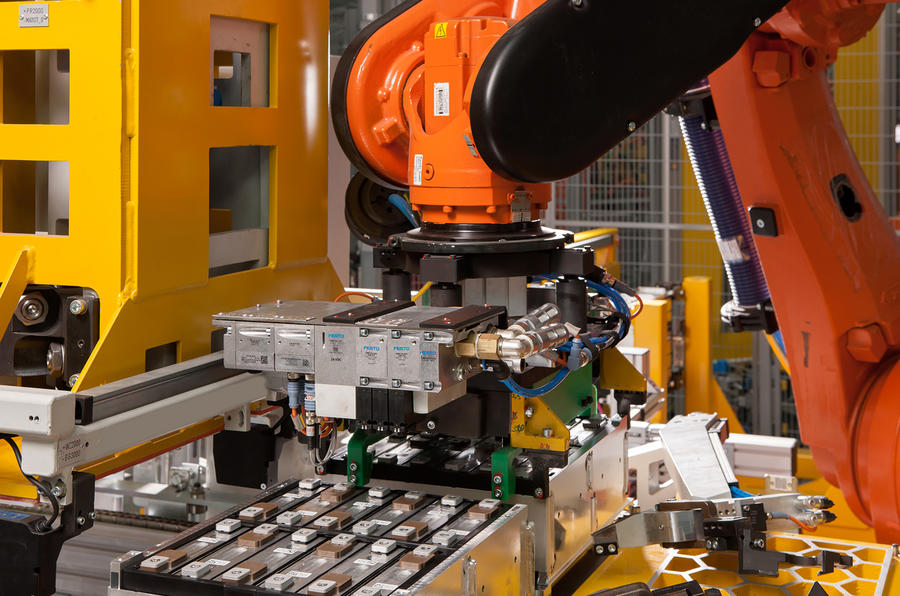 A battery factory shared between Jaguar Land Rover, BMW and Ford is in the pipeline, as the three manufacturers gear up to take on Tesla. The Times reports that JLR is holding talks with Ford and BMW about building a battery factory for electric vehicles.

Although in its early stages, it’s believed that Jaguar is keen to get the project started and build its first all-electric car, according to a report published on Sunday in The Times.

All three companies have plans for their own electric vehicles, and with Tesla currently dominating the performance and luxury electric vehicle market, each is keen to grab its share of the growing demand.

JLR currently doesn’t have an electric vehicle in either its Jaguar or Land Rover ranges, so it doesn’t build its own EV batteries. Ford’s batteries for the Focus Electric are produced in collaboration with a subsidiary of LG, while BMW sources its batteries from Samsung. A joint battery factory between the brands could benefit all three manufacturers.

The plans fit the EV timescale for all three manufacturers. Jaguar is believed to already be developing its first all-electric car, based on the F-Pace, although it remains tight-lipped on the model ahead of its unveiling.

Ford has also courted speculation that it will produce an electric model after it blocked Tesla’s attempt to use the ‘Model E’ moniker. The Model E name would be a nod to the Model T, as well as signifying the car’s electric powertrain.

An all-electric BMW i8 is also in the pipeline but will not come to fruition before the current model’s imminent mid-life refresh. Jaguar is keen to join the EV rush and like BMW has plans to join the Formula E all electric racing series that recently completed this year’s circus in Battersea Park.

A ridiculous whacky concept or the coolest Electric Car ever?