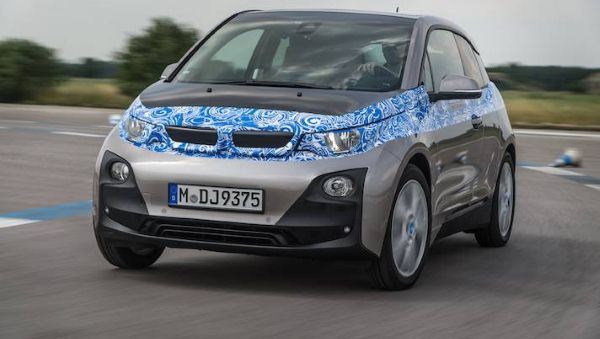 i3 driven by Top Gear

Top Gear hack Paul Horrell reviews a pre-production BMW i3 and likes it.

One day, the idea of cars driven by electric motors will become routine. After all, diesels were once a novelty, and so were turbos. We’ve just had a drive in a BMW i3 – visually disguised, but the real thing in the way it behaves – and it feels so incredibly natural that you rapidly fall for the idea that electric drive should be an idea that nobody questions.

After all, if you were on the ground floor and wanted to get to the 21st, would you want a lift powered by petrol? One that changed up a gear as it passed the 14th floor, and changed down again on the 19th? Nope, for smooth and silent movement, electricity is the way to go.

At first sampling then, this is a compelling electric car. It’s not the first on the market, but BMW has put some original thinking into almost every part of its design and engineering. It drives sweetly, is distinctively designed, and has the reassuring range-extender option if you are anxious about running flat.

That said, BMW reckons nearly all i3 buyers will use it as a second car so won’t be doing long journeys, and it’s optimised to make them efficient and fun.

You can read the full review at Top Gear: