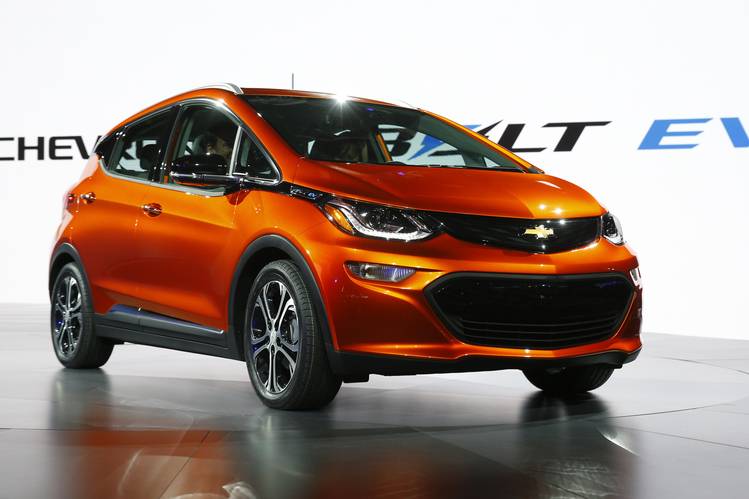 In a bit of a shock GM just announced that the Chevy Bolt has an EPA range of 238 mile! That’s up there with the Model S and way ahead of the Leaf and BMW i3.

The Bolt goes on sale later this year for about $37,500 before a $7,500 federal electric vehicle tax credit. It’s the first mass-market electric vehicle to cross the 200-mile (322-kilometer) range, a range that will meet or exceed almost every person’s daily driving needs.

GM says the Bolt’s range was determined in testing by the U.S. Environmental Protection Agency. It takes 9.3 hours to recharge a Bolt from near empty on a 240-Volt home charger, the company said.

The Bolt also will be able to get software fixes over the internet, Pam Fletcher, GM’s executive chief engineer for electric vehicles, said at a recent conference.

A small number of journalist are expecting drive a Bolt in the near future. We will post the best bits as they happen.