BOLT EV IS THE 2017 MOTOR TREND CAR OF THE YEAR

THE GROUNDBREAKING CHEVROLET BOLT EV IS THE CAR OF TOMORROW. TODAY.
That sound? It’s almost imperceptible, but it’s there. The soft rustle of air over steel and glass, the muted hum of rubber on tarmac, the faint whirr of spinning metals. It’s the sound of electrons at work, the sound of electrical energy being converted into motion, the sound of the automotive world shifting on its axis. It’s the sound of the 2017 Motor Trend Car of the Year, the Chevrolet Bolt EV. Full article at the very US centric Moter Trend website.
The Bolt EV is not GM’s first pure electric car. The company has been experimenting with electric vehicles for decades, stuffing batteries into Corvairs in the mid-1960s and developing the fiendishly complex EV-1 in the 1990s. You can buy an all-electric version of the Spark from your friendly local Chevy dealer right now. But the Bolt EV is the first conceived from the get-go by GM to be a viable, affordable mass-market electric vehicle. And it’s a game changer. 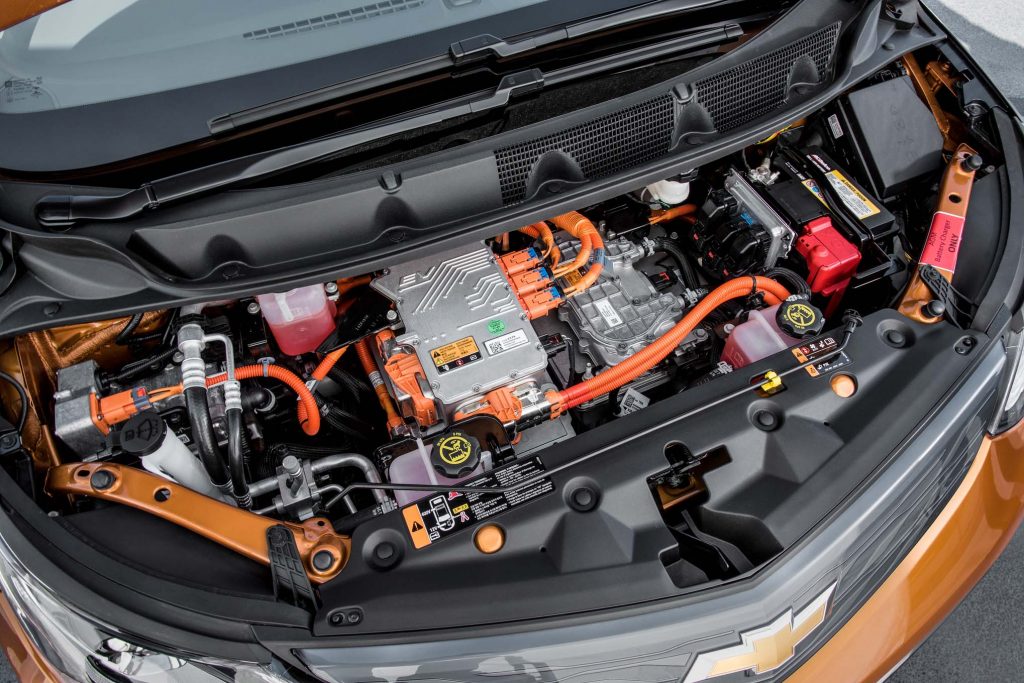 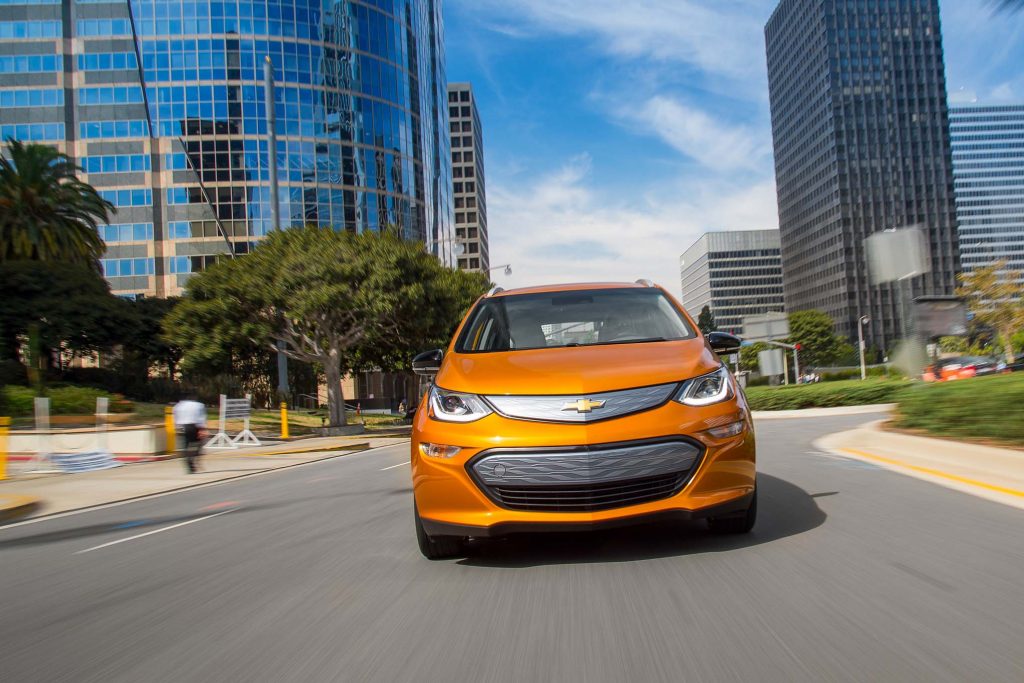 Two numbers—238 and 29,995—are why. The first is the number of miles the EPA has certified the Bolt EV will travel on a full charge. The second is the price, in dollars, of the Bolt EV, after allowing for a $7,500 federal tax rebate. By offering that range at that price, the Bolt EV has made just about every other electric vehicle on sale obsolete. “Simply put, it’s twice the car for half the price of a BMW i3,” guest judge Chris Theodore said. “A better car, better package, much better handling, with twice the range.”
Perhaps the most impressive thing about the Bolt EV is there are no caveats, no “for an electric car” qualifiers needed in any discussion. It is, simply, a world-class small car, and that’s before you factor in the benefits inherent in the smoothness, silence, and instant-on torque provided by the electric motor. The ride is firm and sporty, but transmitted road noise is very well damped. The steering has slightly artificial weighting, but brake feel is natural, and once you learn to use the higher regenerative braking modes, you can pretty much drive all the time without touching the friction brakes at all.
It’s not quite correct to say the Bolt EV drives just like a regular small hatchback, because, fundamentally, it drives better than most regular small hatchbacks. The under-floor battery pack keeps most of the mass low in the chassis—and between the wheels. The front-to-rear weight distribution of 56/44 percent is better than any small front-drive car in this year’s field, and it’s not far off the 54/46 of the tossable rear-drive Fiat 124 Spider. “If this car were fitted with a set of grippy tires, it’d be a helluva hot hatch,” road test editor Chris Walton said. “I’d put it against a Mazda3 or Golf for fun per mile.”
There may be some who see the selection of an electric vehicle as Motor Trend‘s Car of the Year—for only the second time in the award’s seven decades—as controversial. But to do so would be to suggest the Bolt EV is nothing more than an automotive oddity, a publicity stunt, or a technological dead-end of limited use or value. Nothing could be further from the truth. Here’s how the Bolt EV stacks up against the award’s six key criteria.

The Bolt EV is the sort of tall hatchback you usually see from European and Asian manufacturers. It’s a globally relevant vehicle format that has the potential to deliver excellent interior room for up to five passengers along with a high degree of load-carrying functionality in a relatively compact footprint. And in the Bolt EV, Chevy has delivered. This is one of the best-packaged small cars in the world.
The Bolt EV rides on a wheelbase 3.9 inches shorter than that of a Toyota Prius, but it’s a massive 14.7 inches shorter bumper to bumper. Despite those packaging constraints, “The space inside is stellar,” said our spiring Christian Seabaugh, who noted the ample legroom and headroom up front and an “enormously comfortable and roomy” rear seat for a vehicle this size. Indeed, our tallest testers had no problem sitting in the rear even with the front seat racked rearward to accommodate a 6-foot-plus driver.
The interior is well finished for a car for this class, the dash dominated by a textured white trim element that manages to look different without being contrived. The 8.0-inch digital instrument panel and 10.2-inch touchscreen infotainment interface feature modern graphics in a fresh color palette. The simple HVAC controls are well placed and easy to use.
In terms of exterior design, this is a small Chevy with an athletic stance and surprising presence on the street. “The exterior design has a few too many graphic elements with moldings and black areas,” Tom Gale said, “but it still ends up growing on you, like a friendly puppy. The line work, gesture, and surfaces all fit the package, and in the end, that is the ultimate test.”
Bottom line: The Bolt EV will look and feel as much at home on the streets of Shanghai or Stuttgart as in Seattle.
Engineering Excellence
The Bolt EV has been engineered from the wheels up to be an electric vehicle, and the excellence runs deep.
The 60-kW-hr battery pack, co-developed with and assembled by LG Chem, holds more than triple the energy of the pack in the Chevy Spark EV—but weighs little more than twice as much. Mounted under the floor and rear seat, the battery is also a structural element, contributing 25 percent of the car’s overall torsional stiffness. The battery is expected to last the life of the Bolt EV, and it’s covered by an eight-year/100,000-mile warranty.
The Bolt EV’s electric motor is mounted between the front wheels and is remarkably compact. The motor design draws on GM’s long experience with electric powertrains and, like the B motor in the latest generation of the Volt, features carefully arrayed magnets made from a rare earth metal called dysprosium. The Bolt EV develops 200 hp and 266 lb-ft of torque, and its power density is 56 percent greater than the motor in its weaker predecessor, the Spark EV.
As the new motor also spins much faster than the Spark EV’s—8,810 rpm versus 4,500 rpm—the single-speed transmission runs a much shorter ratio. That helps propel the 3,548-pound Bolt EV from 0 to 60 mph in 6.3 seconds and cover the standing quarter-mile in 14.9 seconds at a speed-limited 93.1 mph. The Bolt EV was comfortably the quickest of all the small cars tested in this year’s COTY field—apart from the boy-racer Focus RS, of cours —quicker, even, than the Fiat 124 Spider.
The engineering excellence isn’t confined to all the electric powertrain hardware and software, either. The front seats feature an industry-first ultra-slim design that uses a metal framework and a flexible plastic shell lined with a very thin layer of foam. Up to seven devices can connect to the available 4G LTE onboard Wi-Fi hot spot, and up to 10 phones can connect to the car. Drive data can be recorded and shared, so Bolt EV owners can compare miles/kW-hr, energy regeneration, and climate efficiency.
Efficiency
In testing, the Bolt EV makes its EPA-certified range of 238 miles in normal driving conditions. Of course, as with a gasoline-powered car, your mileage may vary—flat-foot the Bolt EV everywhere, and you’re not going to travel as far before you need to put more energy in the “tank.” More important, our testing suggests it’s more efficient than the Tesla Model S 60, using about 14 percent fewer kW-hrs of energy to complete our Real MPG test route.
One element in EV operating efficiency is, of course, the time it takes to recharge. Unlike Tesla, GM doesn’t have banks of Superchargers. But using a Level 3 charger, our experience supports GM’s claim that the Bolt EV can be given 90 miles of range in 30 minutes, 160 miles in 60, and a full charge in two hours. That’s not far off Tesla’s Supercharger capability. 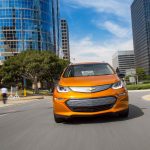 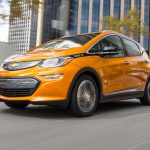 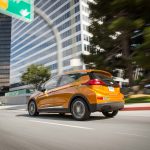 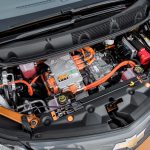 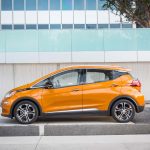 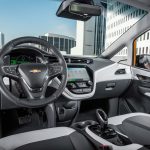 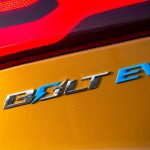 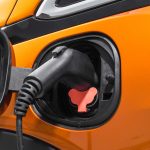 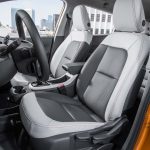 Expect the Bolt to be renamed the Opel Ampera-e, a nearly identical version of the US Bolt. Now for more confusion. If the Ampera name sounds familiar, that’s because it’s the nameplate that Opel and Vauxhall, chose for their version of the previous-gen Chevrolet Volt (the current Volt has yet to make its way to the Continent). And so, just like in the U.S. where the Bolt and Volt names make for a messy distinction between the two cars, we will have their own sort of badge confusion to deal with thanks to the Ampera-e.
Regardless of naming mishaps, the Ampera-e should have a significant impact on the European EV market with its impressive electric drivetrain shared with the U.S. version of the car. Opel isn’t yet providing full specifications, but the 60.0-kWh battery pack will remain, along with the claimed driving range of more than 200 miles on a full charge. Its five-seat hatchback body isn’t changed, either, other than the requisite “Opel” and “Ampera-e” badges.
At the time of writing it seems there are zero plans for a right hand drive version. So it seems we will have to wait a long time to see one of these in the UK.