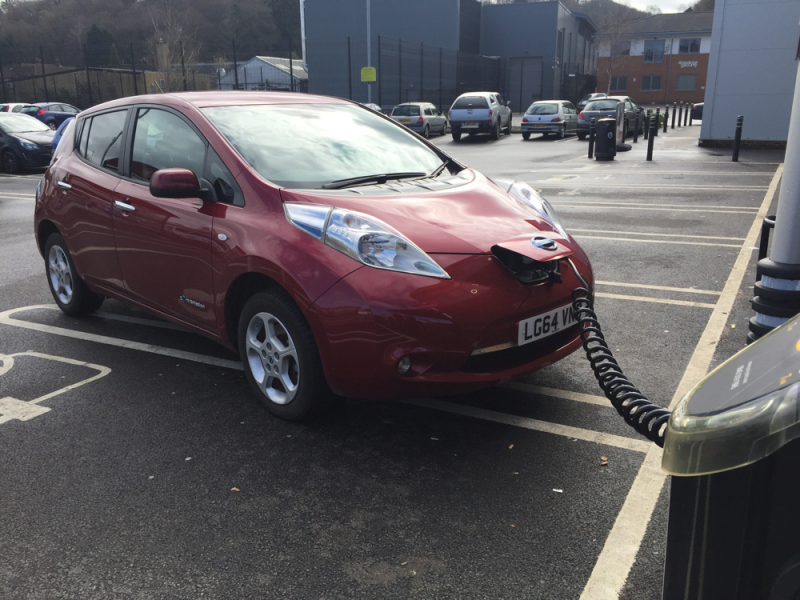 This is the second year in a row that the Nissan LEAF has been recognised in the awards, having won ‘Best Used Green Car’ in 2016.

The Auto Express judging panel commented; “Electric cars are the next big thing in the car industry. In a few years there will be more choice in showrooms, but for now, there are some great deals to be had on the first mainstream EV success story, the Nissan LEAF.”

“An average commute will be more than covered by the 24kWh LEAF’s 124-mile range, but later models are available with a larger 30kWh battery that increases this to 155 miles. With the cost to charge the Nissan standing at only a few pounds, it’s bound to save you money, and a used model gives access to this technology at an affordable price.”

Thanks to Nissan’s current Switch Scheme,  LEAF ownership has never been more accessible. Payments for a used LEAF 24kWh on a three-year 3.9% APR PCP can be lower than £100 a month with trade-in value and Nissan Switch Scheme contribution. Go grab one you won’t be disapointed.

The Nissan LEAF was also one of the best-performing models in the 2017 Driver Power survey earlier this year. The LEAF was awarded Best Green Car overall and also came top in the Best Engine and Gearbox and Best MPG and Running Costs awards categories. Overall the car was ranked the 33rd best car to live with.

Driver Power is the UK’s biggest and most in-depth car satisfaction survey, with seven surveys covering the different phases of vehicle ownership. There are also nine Judging Category awards split into satisfaction categories.

On October 2nd, Nissan unveiled the all-new Nissan LEAF in Europe, the next generation of the best-selling zero-emissions electric vehicle. Embodying Nissan’s Intelligent Mobility vision, the new model has been reinvented to offer greater range (up to 235miles (NEDC) on a single charge), dynamic design, advanced driver assistance technologies and enhanced connectivity.

A unique version is on sale now in the UK – the new Nissan LEAF 2.ZERO limited edition. This version is the first model in Europe to be fully equipped with Nissan’s ProPILOT technology. Priced at £26,490 including Government Grant, cars will be delivered from the beginning of 2018.