Formula E  is the world’s first fully electric international single-seater street racing series. To give it is real name, The ABB FIA Formula E consists of 11 teams and 22 drivers, Formula E delivers world-class racing to 12 cities over five continents, throughout the seven-month Championship season. Bringing racing rivalries to city streets, set against some of the most iconic skylines in the world – such as New York, Hong Kong, Paris and Rome.

Season 5 is about to kick off with the first race in Ad Diriyah on December 15th. This year the racing should be more interesting that before, as the cars are now the next generation or Gen2 cars. What does that mean? These machines now have more power, around 250Kw that will now power the cars for a complete race, rather than having to swap cars half way as before. The Gen 2 cars will be quick reaching 100Km/h in under 3 seconds and powering to 280Km/h.

Each race is now a set time rather than set laps. The winner is the first car past the flag after 45 minutes of racing. The teams also have more freedom to design and develop the cars. The first Gen cars for the first 4 seasons were identical. Each team ran a car built by Spark Racing Technology, called the Spark-Renault SRT 01E .The chassis was designed by Dallara, a battery system created by Williams Advanced Engineering and a Hewland five-speed gearbox. Michelin was the official tire supplier.

In the first season, all teams used an electric motor developed by McLaren.  Since the second season, powertrain manufacturers could build their own electric motor, inverter, gearbox and cooling system; the chassis and battery stayed the same. This gives the teams the freedom to develop and race each other. Let the technology race begin.

There were nine manufacturers creating powertrains for the 2016–17 season: ABT Schaeffler, Andretti Technologies, DS-Virgin, Jaguar, Mahindra, NextEV TCR, Penske, Renault, and Venturi. This season sees the lauch on BMW i Team  (see below) who will join the existing teams from Audi, DS, Jaguar, Mahindra, HWA, NIO, Penske, Nissan (which takes the place of sister marque Renault) and Venturi.

This week BMW launched the iFE. 18.

BMW i Motorsport presented the new BMW iFE.18 and the new BMW i Andretti Motorsport team at BMW Welt’s double cone in Munich. This latest all-electric racing car boasts an improved, eye-catching design, however, it was the innovative and hidden drivetrain of the BMW iFE.18 that was the real star of the show.

Developed using the expertise of the same engineers that designed the BMW i3 drivetrain, BMW i and BMW Motorsport are working on the Formula E project in tandem. This helps facilitate a technology transfer between series development and motorsport unprecedented in this form.

“For BMW, it is also the perfect test lab for production development. The technology transfer between motorsport and series production is intense… insights from Formula E flow directly into the development of future series production drivetrains. So, I am looking forward to a great racing season,” said Klaus Fröhlich, Member of the Board of Management of BMW AG, Development and Motorsport.

The two BMW iFE.18 cars, which will be in action at the Formula E races around the world as of December, will have the BMW works drivers António Félix da Costa (POR) and Alexander Sims (GBR) at the wheel.

The move to participate in Formula E provides Nissan with a global platform to spread the message of Nissan Intelligent Mobility – the company’s three-pillar strategy to re-define how its vehicles are driven, powered and integrated into society.

Alejandro Agag, Founder & CEO of Formula E, said: “To have a name like Nissan coming on board is a momentous day for the series. Not only is it great to welcome a new manufacturer to the Formula E family – it’s great to see our first Japanese manufacturer entering the frame, showing truly how global the electric revolution is. Japan is a country at the forefront of new technologies with one of the biggest followings of Formula E. The shift towards sustainable mobility is in motion and it’s unstoppable. I look forward to seeing the Nissan logo adorned on the new-look cars for Season Five.”

“As the ultimate expression of the thrill of instant acceleration and agile handling that’s at the heart of Nissan zero-emission driving, Nissan is going to electrify the Formula E championship,” said Daniele Schillaci, executive vice president of global marketing and sales, zero-emission vehicles and battery business, and chairman of Nissan’s management committee for Japan, Asia and Oceania. “Nissan will be the first Japanese brand to enter this growing championship, bringing our long history of motorsports success to the Formula E grid. It will give us a global platform for bringing our pioneering Nissan Intelligent Mobility strategy to a new generation of racing fans. Nissan’s DNA is rich in innovation in electric mobility, not to mention a long history of success in motorsports. It makes sense that we bring these two core elements together by competing in Formula E.”

Nissan is set to replace one of the existing validated manufacturer registrations for the 2018/19 season – maintaining the current list of nine manufacturers in total for season five.

The move will likely come at the expense of Renault, according to a recent report fromMotorsport.com, as Nissan has decades-old strategic partnership with the French automaker. Representatives for Nissan declined to comment on Renault’s plans, and a representative for Renault’s racing division did not reply in time for publication.

Nissan “will work with its partner Renault to leverage expertise and development already available, in keeping with the Renault-Nissan-Mitsubishi automotive partnership’s focus on collaboration and maximizing synergies to boost competitiveness,” the company wrote in a statement. Further details will be announced closer to the start of season five. (The beginning of season four is just over one month away, and the teams and manufacturers are already locked in.)

It would be a seismic shift if Nissan’s entry pushes Renault out of the sport, as the French automaker has won both team championships since Formula E began allowing manufacturers to compete in 2016. And e.Dams — the team that runs Renault’s race operations in Formula E — won the championship in the first season. It’s expected that e.Dams would remain with Nissan, according to Motorsport.com, putting the Japanese manufacturer in an excellent position as it enters Formula E.

It was only started in 2014, but major manufacturers have been flocking to Formula E, and for a number of reasons. It’s a relatively low financial commitment as far as motorsports go, and so involvement Formula E is seen as a low-risk way to promote a company’s EV efforts to a new, younger audience. Companies like Audi and Porsche, which have both been implicated in diesel emissions scandals, even quit or reduced their presence in more expensive (and more traditional) motorsports series in order to make the switch. 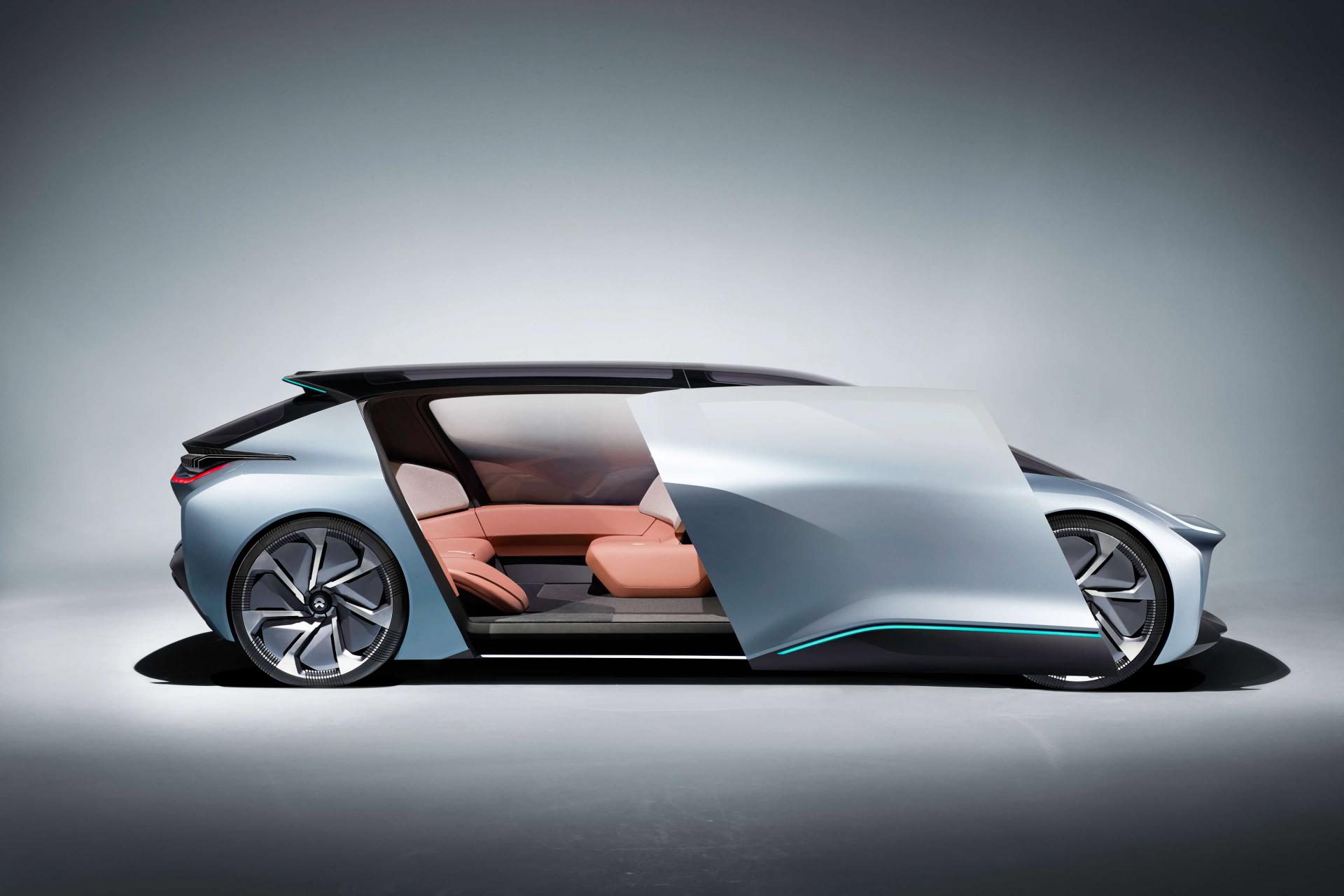 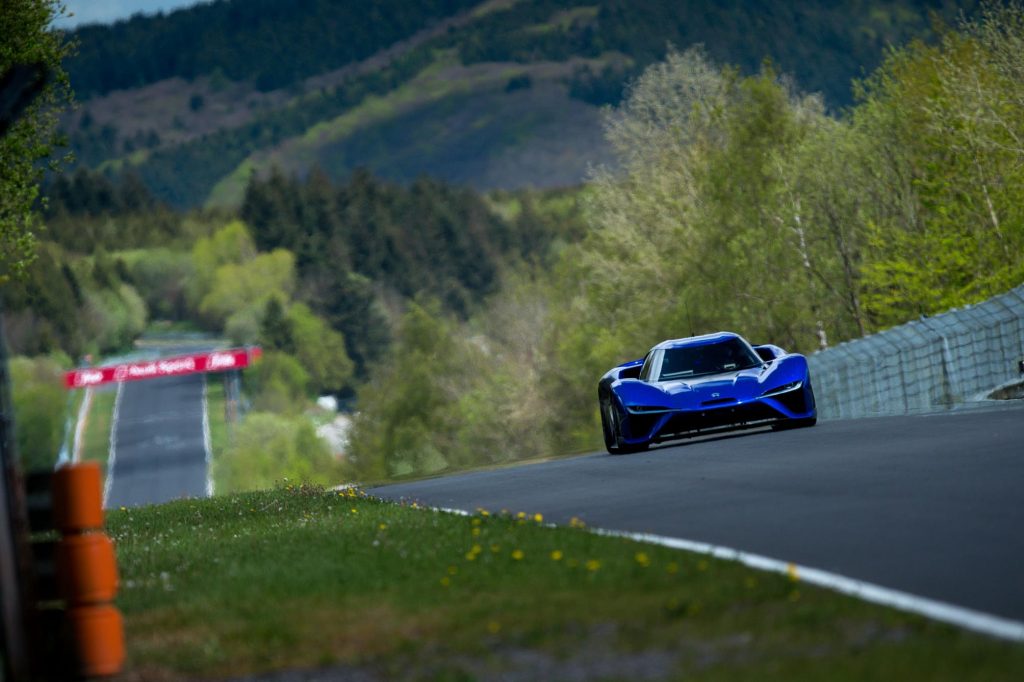 In the inclement weather that the Nürburgring Nordschleife is known for, the EP9 completed two laps of the 20.8 km (12.9m) ‘Green Hell’, one of which was in 7m 05.12s, beating the previous EV lap record, making it the fastest electric car in the world. The EP9’s new lap record is 19.22 seconds faster than its previous lap time.

This is a fabulous achievement for NIO and I am very proud of the team that has worked tirelessly to achieve this accolade,” said Gerry Hughes, Head of Performance Program & FE Team Principal, NIO.

Last month, NIO announced that it plans to produce a second batch of ten EP9s, and each one will be made to order. The NIO EP9 is priced at 1.48 million USD.

In March, NIO announced that they will have autonomous electric vehicles in the U.S. market in 2020. The company also unveiled “NIO EVE” – the embodiment of their vision for the future of autonomous cars.

Last month, NIO unveiled the NIO ES8, a full size 7-seater all electric SUV that it will launch for the China market later this year.

NIO is a global start-up, designing and developing smart, high-performance, premium electric vehicles. NIO has thousands of world-class R&D and design experts from around the world with significant technology and management background from leading automobile and high tech companies. NIO has more than 2,000 employees in San Jose, Shanghai, Munich, London and eight other locations. In October, NIO USA announced that it was issued an Autonomous Vehicle Testing Permit by the California DMV and it would begin testing on public roads under the Autonomous Vehicle Tester Program guidelines as it progresses on its path to bring autonomy to market. Investors include Tencent, Temasek, Baidu Capital, Sequoia Capital, Lenovo, TPG and other world-renowned investment institutions. 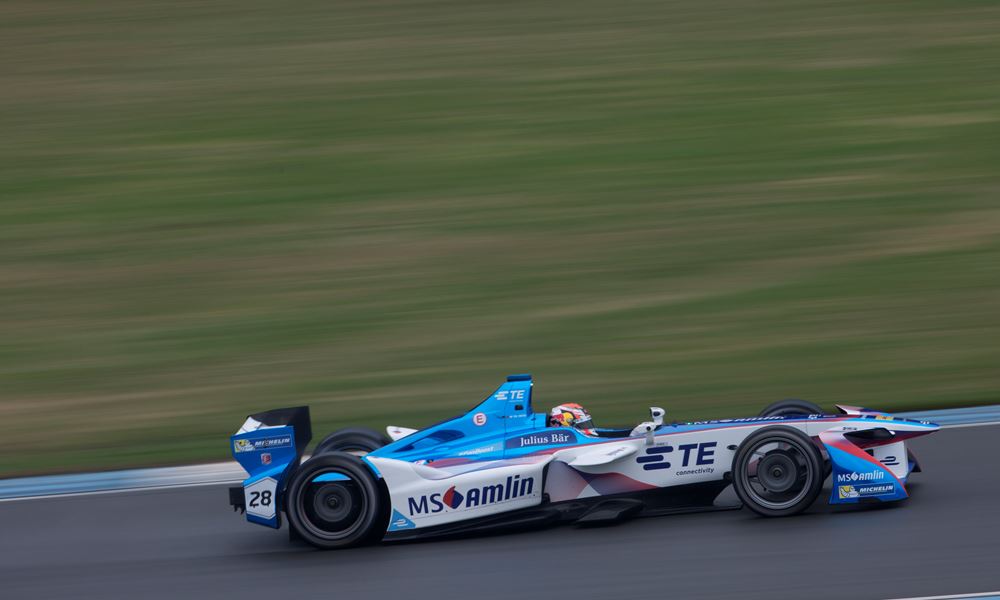 The cooperation with Andretti Formula E is initially set to run for two seasons. It incorporates cooperation at an engineering level and the mutual use of resources. Depending on the general development of the championship, a works involvement is envisaged in season five (2018/19), provided the conditions and circumstances are right.

Klaus Frohlich, Member of the Board of Management of BMW AG, Development, said:

“The strategic realignment of the motorsport activities is a strong commitment to motorsport on the part of our company. It will remain a cornerstone within the BMW Group in the future. Everyone knows that BMW and motorsport are intrinsically linked. The commitments allow us to demonstrate our expertise in the areas of technology and integration on international platforms, including the world’s leading racing series for electric mobility. Electric mobility will continue to grow in importance. In the last 10 years, we have established a leading position in the automobile industry in this field with BMW i. Through our partnership with Andretti Formula E in the FIA Formula E Championship, we will now additionally see a close interaction between motor racing and production development in our company, from which both departments will benefit.”

As part of this commitment, BMW Motorsport will provide its works driver Antonio Felix da Costa to Andretti. The Portuguese, who has featured on the top step of the DTM podium with BMW was the winner of the Buenos Aires ePrix in season one, and will contest the entire 2016/17 FIA Formula E Championship.

“The commitment in Formula E sees us forge new paths and demonstrate our expertise in the field of electric mobility. Over the coming years, the cooperation with Andretti Formula E will primarily focus on familiarising ourselves with the procedures and processes, and on intensifying our knowledge. Our works driver Antonio Felix da Costa will be in action behind the wheel. A works involvement is then conceivable as of the series’ fifth season. The premise for all these steps is the further positive development of the series, which includes increasing the capacity of the batteries, for example.”

BMW i, which has supplied the Qualcomm Safety Car, medical car and rescue vehicles for the first two seasons, remains the Official Vehicle Partner for the Formula E all electric racing series.