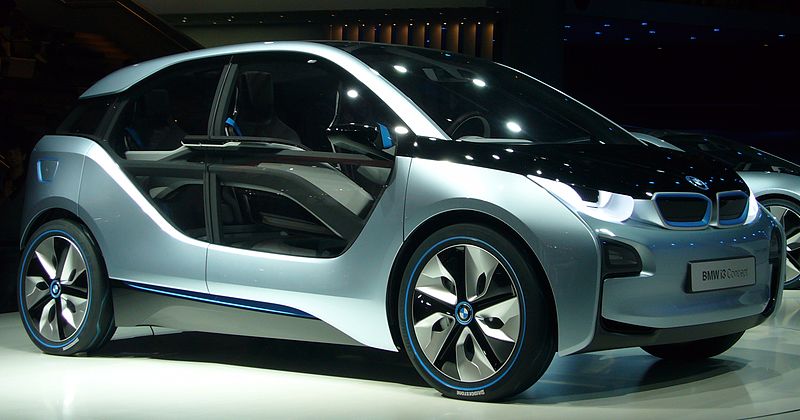 The BMW i3, previously Mega City Vehicle (MCV), is an urban electric car under development by BMW group. The i3 is part of BMW’s “Project i” and is being planned as a new brand, BMW i. The BMW i3 is announced and expected to go into mass production in 2013 with deliveries in several world markets by that year-end. Details are still under wraps from BMW. The i3 concept car was unveiled at the 2011 Frankfurt Motor Show and BMW announced the electric car will have a “REx” range extender option, or in other words an engine[ just as the Volt has. BMW showcased a BMW i3 prototype during the 2012 Summer Olympics in London and has a London store on Park Lane. BMW is also promoting the i class vehicles with a global tour. London is scheduled for Spring 2013.

The i3 will be BMW’s first zero emissions mass-produced vehicle due to its electric powertrain, and BMW also expects to be the first company to launch a volume production vehicle on the market featuring carbon-fiber reinforced plastic to improve the vehicle’s energy consumption. BMW plans to manufacture the i3 body-in-white from carbon-fibre at a new US$100 million plant being built-in Eastern Washington State at Moses Lake, using raw material that will be shipped from Japan. This location was selected to take advantage of the abundant hydroelectric power available as carbon-fibre production requires much energy and emits a lot of carbon dioxide. The carbon fibre will then be shipped to Landshut, Germany, where the carbon-fibre reinforced plastic parts will be fabricated, and the vehicle assembly line will be located in Leipzig.

BMW’s “Project i” is a program aimed to develop a lightweight eco-friendly urban electric car designed to address the mobility and sustainability needs for people who live in megacities.  According to BMW, “Project i” has three phases. The Mini E demonstration was the first phase of this project, and it was followed by a similar field testing that began in January 2012 with the BMW ActiveE all-electric vehicle. The ActiveE is based on the BMW 1 Series Coupe and is built based on the lessons learned from the Mini E trial. The last phase of “Project i” is the development of the i3 and i8 electric cars. 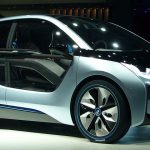