by Alastair on April 3, 2013 in Environment & efficiency

Some of the very first car ran on fuel derived from peanuts.

Since then the vast majority of our fuel has been derived from nasty petrochemicals.

Since July 2012, then a VW Passat TDI and a Jetta TDI have covered about 20,000 miles together running exclusively on algae-derived diesel fuel.

The results of the year-long test, a joint effort of Volkswagen and Solazyme, will be issued later this year.

VW engineers and Solazyme will pay particular attention to the TDI injectors, high-pressure pumps, sensors, and hoses, to ensure they are aging and wearing no differently than those in conventionally fueled TDI cars.

Over the last several years, a huge amount of R&D funds have gone into the field of sustainable and renewable fuels derived from plants and other carbohydrates–including the increasingly controversial production of corn-based ethanol.

Conceptually, Solazyme’s process is simple. It uses industrial-scale fermentation processes to grow algae that turn carbohydrate feed stocks into oils, made of custom carbon chains that vary with the end use.

Dan Philips, Solazyme’s director of fuels, points out that the company’s Soladiesel fuel derived from these oils meets all ASTM standards for modern ultra-low-sulfur diesel fuel, in particular the D975 specification.

Hence, the algae-derived diesel should run properly in any current diesel car. That sets it apart from some other fuels lumped in the broad and ill-defined category of biodiesel, including after-market conversions of older diesels that run on recycled cooking grease. 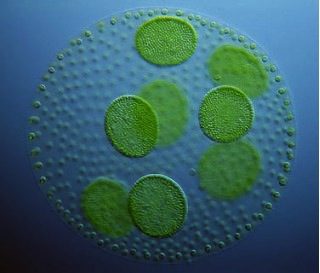 The testing of the two Volkswagen TDI diesels is part of an effort to show automakers that renewable diesel that meets all relevant diesel-fuel specifications is safe to run in new vehicles.

The Soladiesel fuel is now sold in about 1,200 locations globally.

Four in 10 drivers buying the fuel said they would even pay a premium for renewable diesel fuel. The four Propel stations offering the fuel had sales during one-third higher than non-participating stations during that month-long trial. 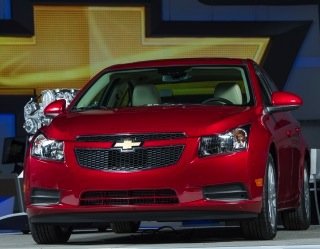 From sugars to fuels

The Soladiesel B20 fuel can be used in most new US diesel vehicles, including the 2014 Chevrolet Cruze Diesel that will arrive at Chevy dealers later this year.

Solazyme defines its mission as transforming “a range of low-cost plant-based sugars into high-value oils,” using custom algae that end their life with about 85 percent of their body weight as oils.

The company is focusing on three markets: fuels and chemicals, nutrition, and skin and personal care.

Its Soladiesel fuel has also been tested by the Maersk shipping company and the U.S. Navy in ships, and its Solajet for aircraft by both the U.S. Air Force and United Airlines.

A Solazyme plant is now running in Peoria, Ilinois; two others in Clinton, Iowa, and Sao Paolo, Brazil, will come online early and late this year, respectively.

Solazyme’s Philips spoke on Tuesday at “Silicon Valley Reinvents the Automobile,” a presentation of the Western Automotive Journalists association and SAE International.